Welcome to the Future of Our Planet

At the Wrigley Institute for Environmental Studies, we’re working to secure a more sustainable and equitable tomorrow 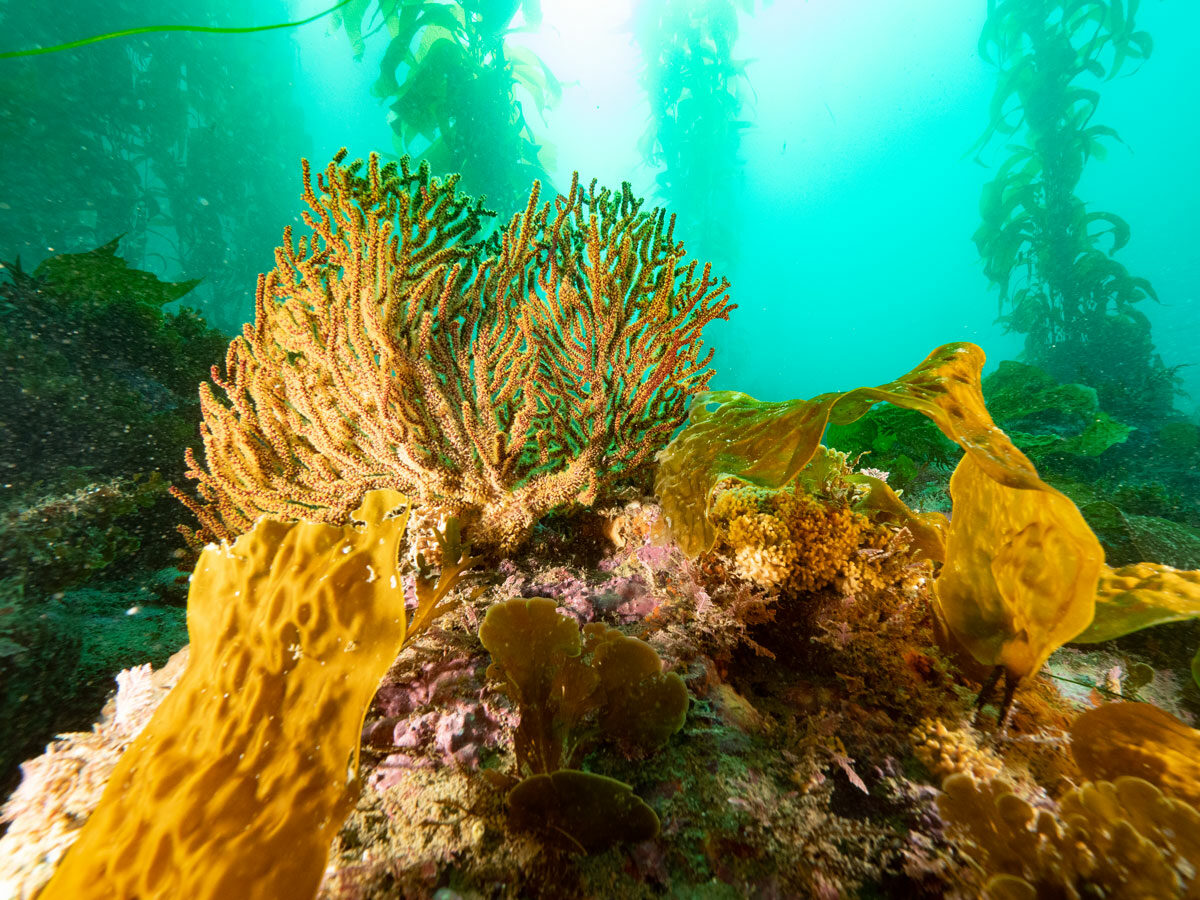 How We Make a Difference 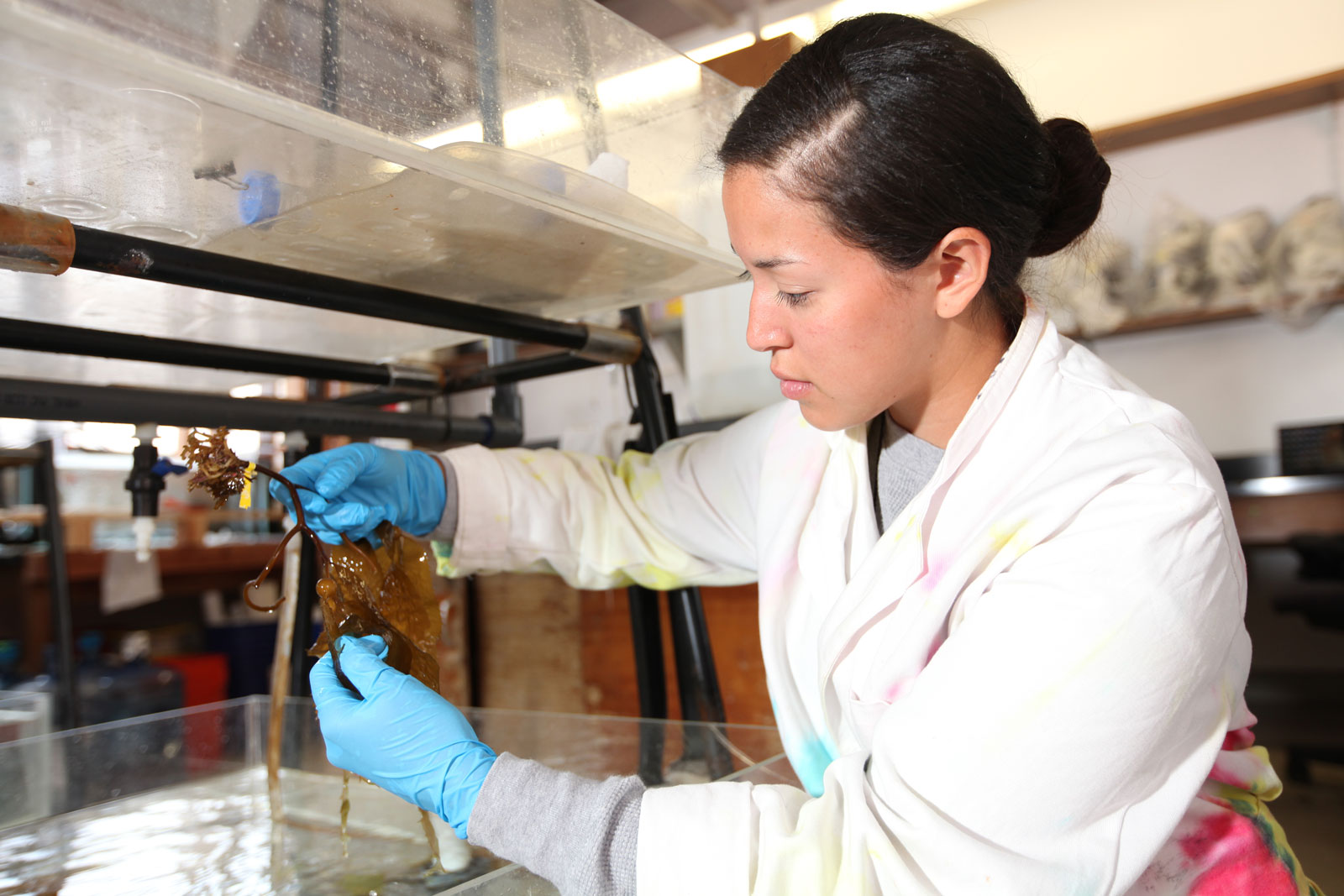 Research
Unfolding on land and at sea, Wrigley Institute research spans all disciplines to find holistic solutions to our world’s most pressing environmental problems.
Education
We’re training the next generation of environmental changemakers through learning opportunities in Los Angeles, on Catalina Island, and beyond.
Engagement
Signature events spark meaningful, nonpartisan change to save our planet.
Our Mission & Vision 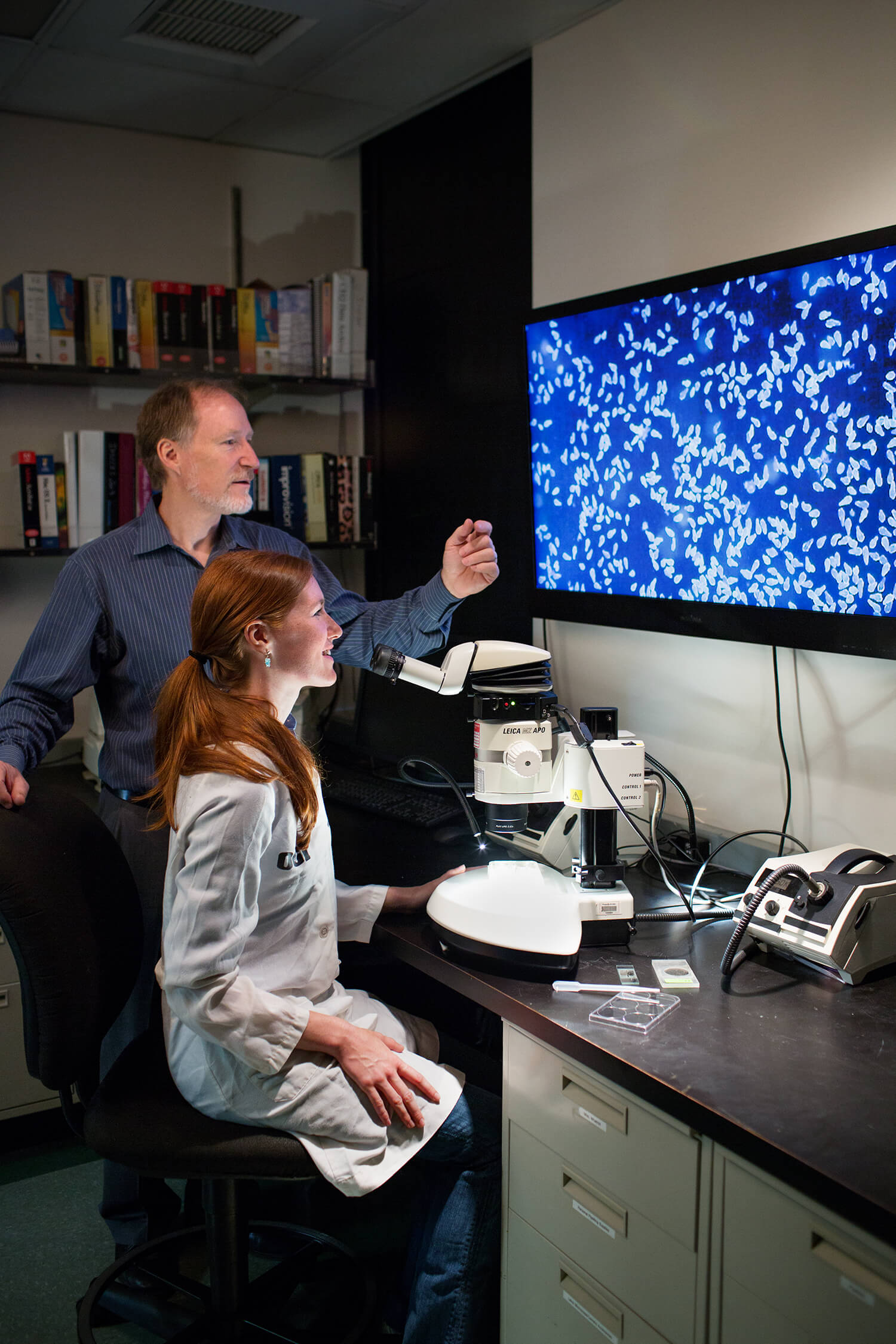 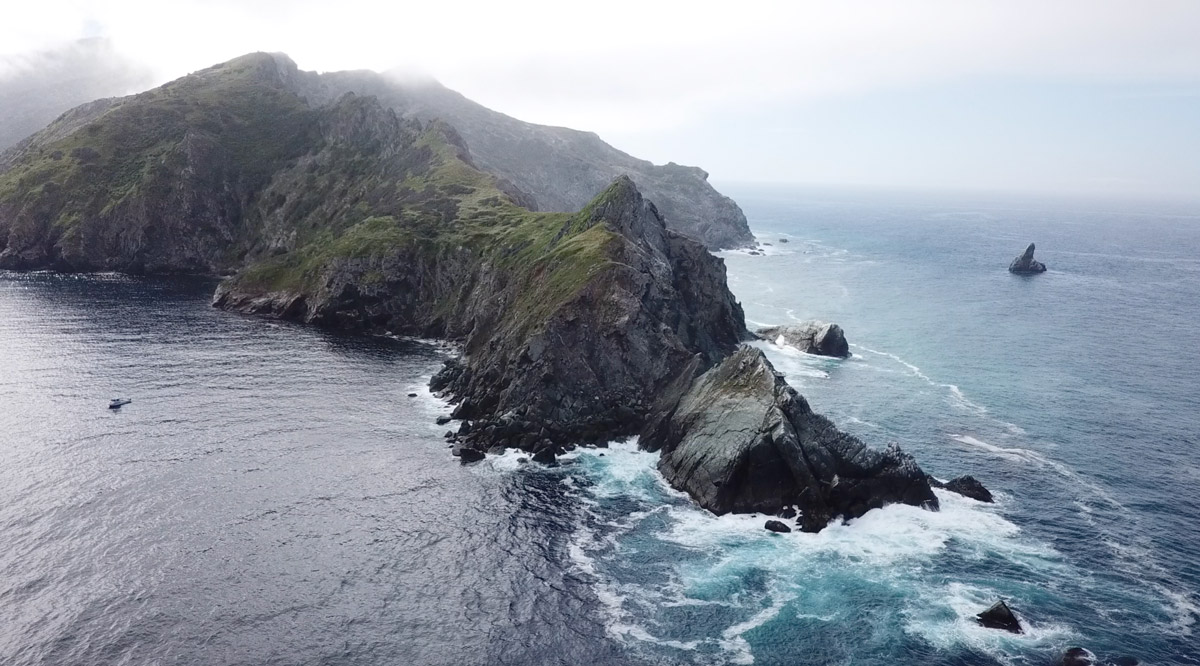 Our bachelor’s and master’s degree programs train students to view the environment with fresh eyes and develop novel, world-changing solutions to big problems. 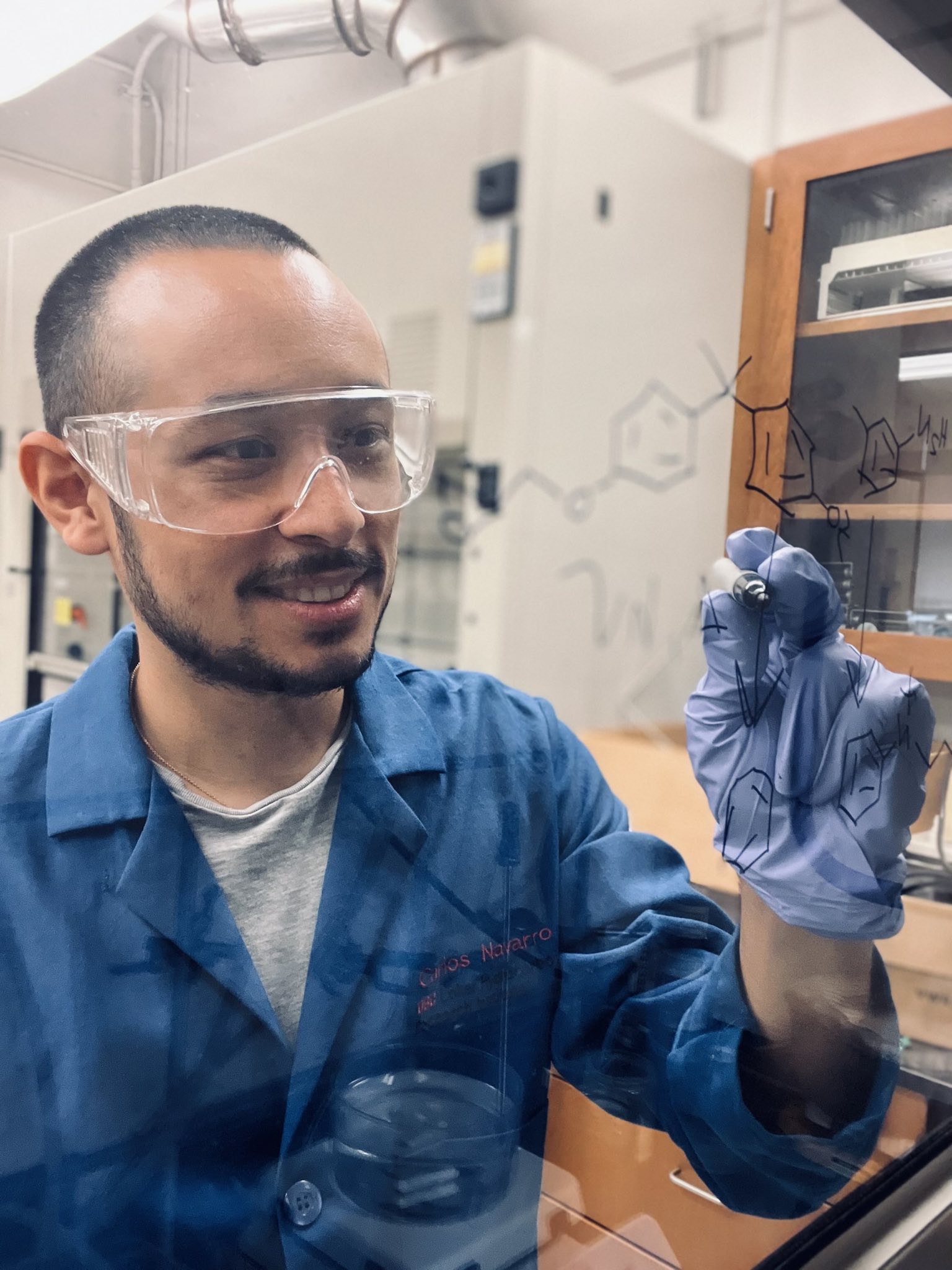 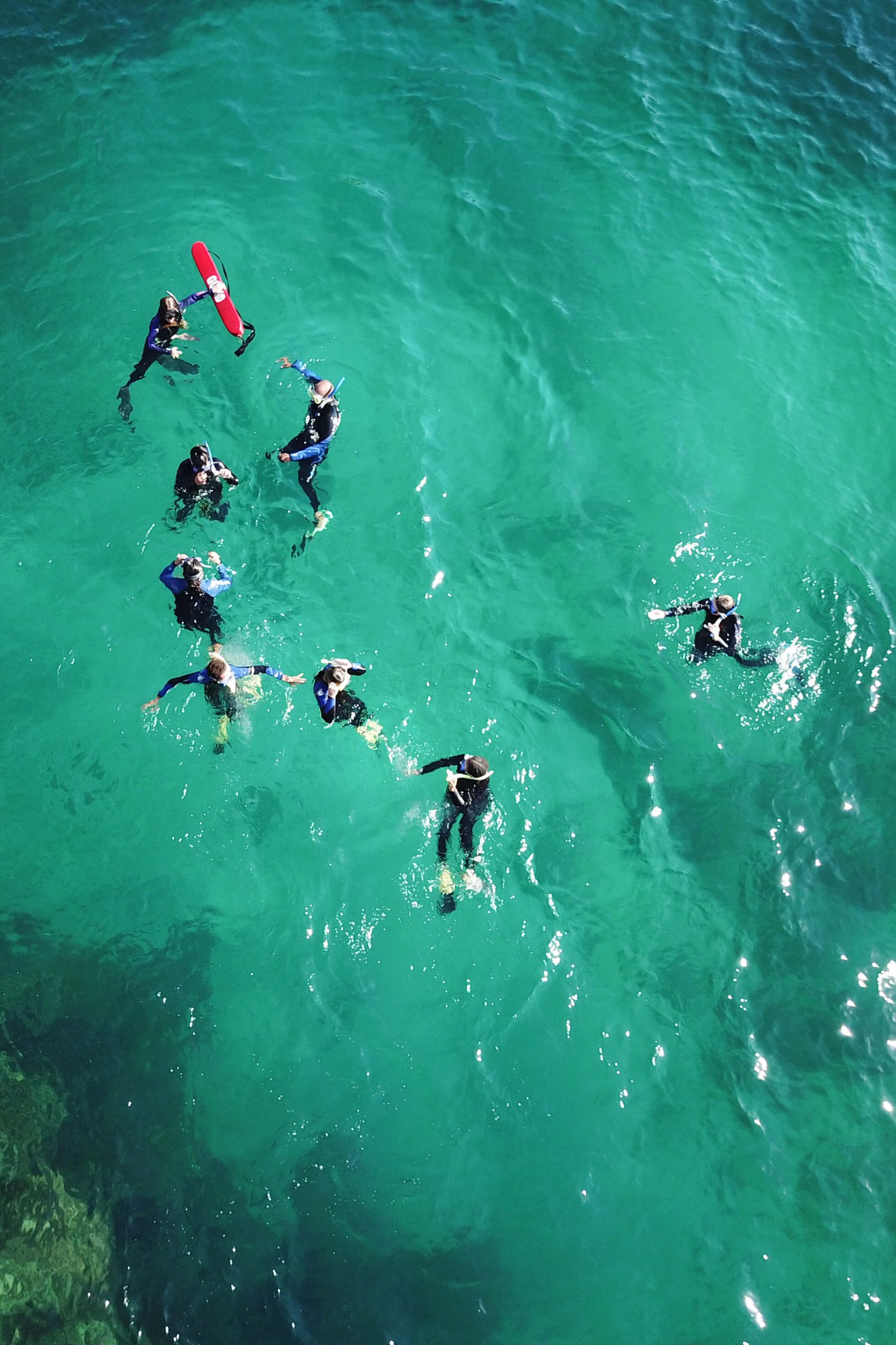 Whether on USC’s main campus or at our one-of-a-kind marine lab on Catalina Island, interns and fellows pursue their passions with the support of funding, leading faculty, and dedicated staff.

Find an Internship Apply for a Fellowship 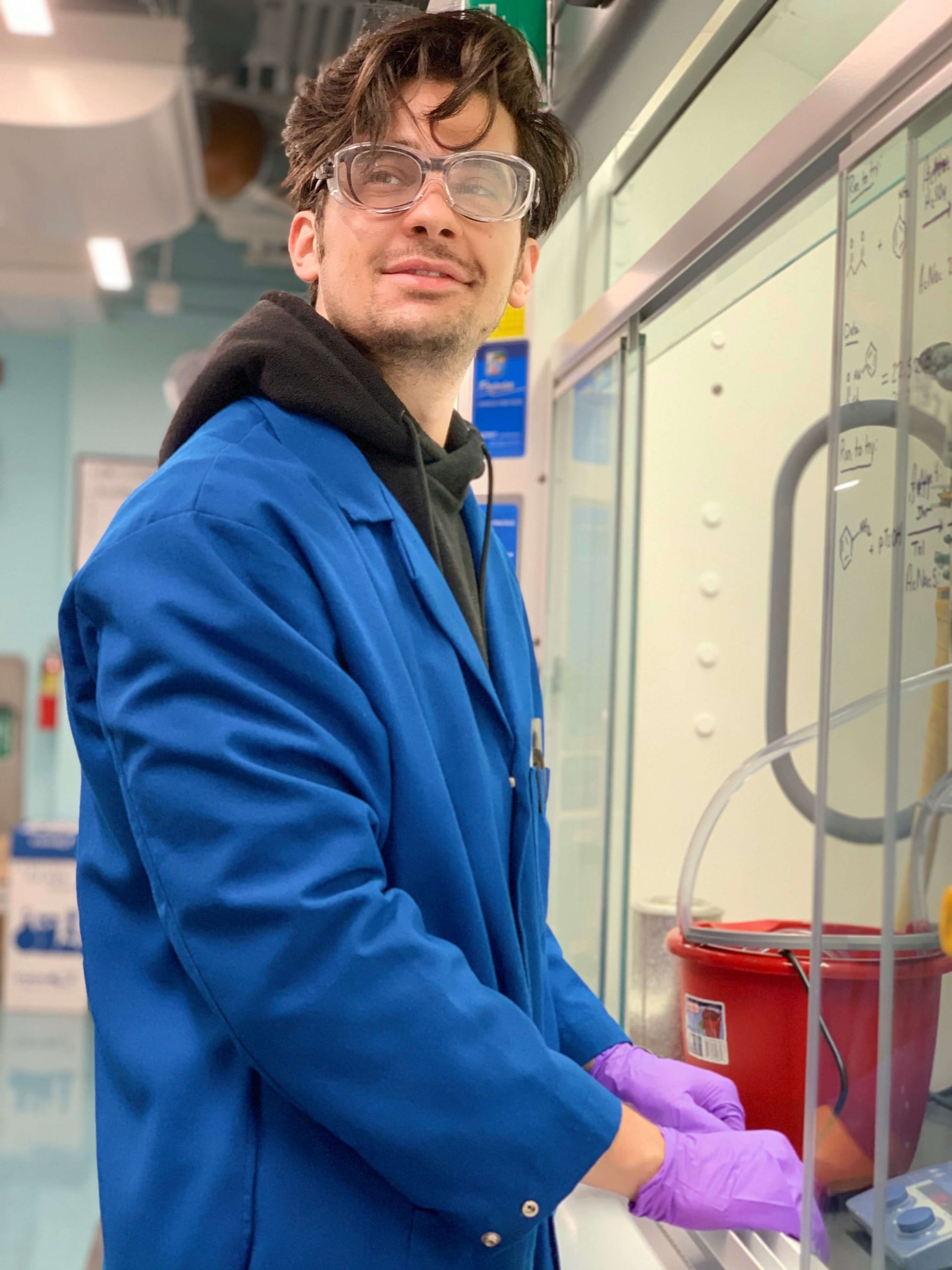 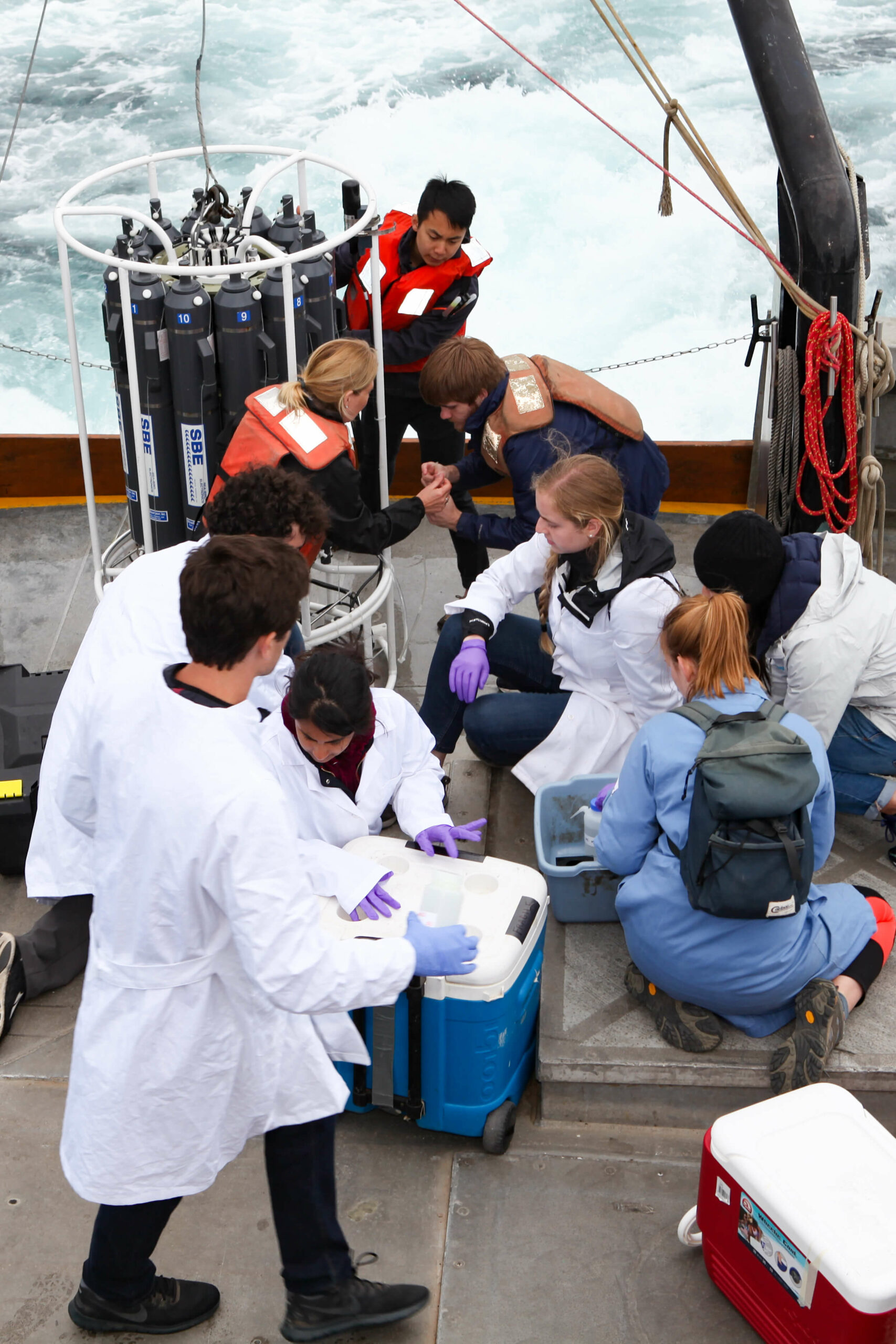 Wrigley Institute research centers are leading the way in illuminating the state of our planet, solving its most pressing problems, and transforming the way society thinks and acts on the environment. 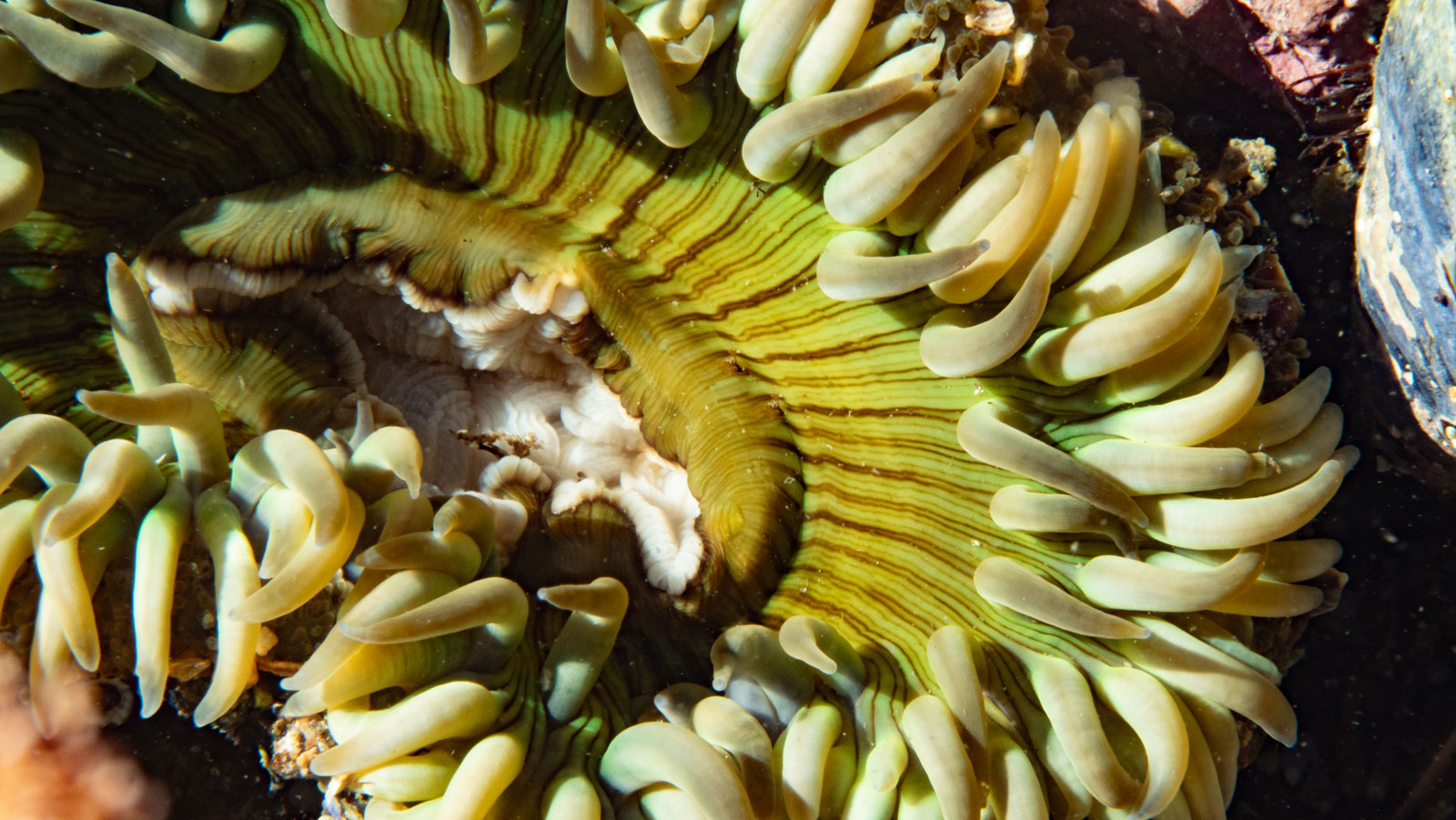 Growing up in a small town in western Georgia, Nick Foster spent his early life connected to the natural habitat surrounding him. Now an alumnus of the Environmental Studies Program in the Dornsife College of Letters, Arts and Sciences, he recently followed his passion for the environment across the North Pacific Ocean. The nautical voyage, hosted by the Ocean Exploration Trust, was a part of a global effort to map the entirety of our world’s oceans. Foster graduated from high school knowing that he wanted to pursue higher education, but he wasn’t quite sure what to study. He joined the Marine Corps and was stationed in Hawaii, where he developed an affinity for ocean science. Above all, his connection with the community near his base, and the community’s connection with the ocean, affirmed his admiration for the deep blue. “Everybody there is so intertwined with the ocean. How could you not be on an island? So being in this environment really just furthered my love of the ocean,” Foster says. After spending several years on the Island, Foster returned to the U.S. mainland to further his education. He planned to fund his studies through the G.I. Bill but discovered that it caps tuition coverage at $25,000 per year for private schools. USC’s participation in the Yellow Ribbon Program, which waives tuition not covered by the G.I. Bill, made the university affordable for Foster. In 2017, he enrolled as an undergraduate major in the Environmental Studies Program (ENST), with a minor in Geographic Information Systems and Sustainability Sciences. ENST proved the perfect home for a curious, ambitious student like Foster. “While I was an undergrad, I would do anything I could to get out there and learn as much as I could about anything directly related to ocean exploration or ocean science,” Foster says. His motivation would lead him to accepting an internship at Esri, a global market leader in Geographic Information Systems (GIS). While attending the Esri Ocean, Weather, and Climate GIS Forum, Foster met key leaders of the Ocean Exploration Trust (OET), a nonprofit dedicated to uncovering the mysteries of our oceans. Among many other initiatives, OET has been working in conjunction with the General Bathymetric Chart of the Oceans (GEBCO) to complete Seabed 2030, an ambitious project to create a free, definitive, and publicly available map of the world’s ocean floor by the year 2030. The project captivated Foster from the moment he learned about it. “We know more about the surface of the Moon and Mars than we do about our own planet,” he says. “There’s more ocean than there is land, and we know very little about the deep ocean.” He applied to embark on a 10-day excursion to map a portion of the ocean floor with OET, and a few months later, his application was accepted.

Is seaweed the future of flying? Is seaweed the future of flying?

***This article originally ran in the BBC in the series, 2045: Memories of the Future. In the shallow waters near the ocean shore, giant kelp grows in dense clusters. Much like a forest on land, the thick blades of algae provide food and shelter to thousands of animals and plants. A root-like structure anchors each strand to rocks on the seabed while gas trapped in the blades – which can reach up to 30m (100ft) long – allow them to rise vertically in the water. Near the surface, the kelp forms a dense canopy wafted by currents and waves. It is not the first place you might look to find the future of flying. But that is exactly what these tranquil underwater forests could be – a solution to the aviation industry’s significant carbon emissions problem. Aviation emits 2.4% of global greenhouse gas emissions. And as the world aims to limit global warming to 1.5C by cutting carbon emissions to net zero by the middle of this century, the sector will need to find alternatives to fossil fuels to power aircrafts. While small prototypes of electric aircraft – and even a few solar powered planes – have shown some promise, they are unlikely to become the workhorses of the industry that carry passengers and cargo around the world. Instead, in the short term at least, aircraft will need to be powered by jet fuel that doesn’t add carbon to the atmosphere. Enter giant kelp. In its native habitat at a depth of around 15m (49ft), kelp absorbs sunlight and sucks carbon dioxide from the atmosphere through the process of photosynthesis. Giant kelp grows at a rate of nearly 60cm (2ft) daily, making it one of the fastest growing seaweeds in the world. And if moved to a more nutrient-rich depth of 80m (262ft), it even grows faster.

Beginning January 1, 2022, USC’s Environmental Studies Program (ENST) will become part of the USC Wrigley Institute for Environmental Studies (WIES). The change will benefit both ENST and WIES as they more tightly connect education and research on sustainability and the environment within USC’s Dornsife College of Letters, Arts and Sciences. “By combining the Wrigley Institute’s historical strengths in research and engagement with the innovative and student-centered educational approach of the Environmental Studies program, we’ll be better able to deliver classroom, lab, field, and experiential learning opportunities that will help to shape the environmental leaders and changemakers of tomorrow,” says WIES Director Joe Árvai, who is also the Dana and David Dornsife Professor of Psychology. The new arrangement is driven by the changing landscape of environmental and sustainability challenges. Intensifying climate change is affecting almost every area of human behavior, including where and how we live, what and how we consume, what we invest in or leave behind, and how we interact with one another and with science in general. The current generation of environmental leaders-in-training will only be able to develop effective solutions to these challenges if they’re able to think more critically, creatively, and holistically about the linked environmental, social, and economic dimensions of living sustainably. “USC Dornsife students recognize both the urgency and the opportunities for creative thinking in the sustainability space,” said USC Dornsife Dean Amber D. Miller. “By bringing our world-class Environmental Studies program together with the integrated research mission at the Wrigley Institute, these students will both engage with environmental challenges head-on and help accelerate the behavioral changes that society must quickly adopt.” ENST currently offers degrees in the fields of environmental studies and environmental sciences and health, plus a minor in environmental studies. Students can choose from stand-alone bachelor’s and master’s degrees as well as options in USC’s Progressive Degree Program, which enables students to earn both a B.A. and M.A. in five years of study. ENST has a long history of collaboration with WIES, and ENST students already have access to numerous research and experiential learning opportunities through the institute. But, says Environmental Studies Program Director Jill Sohm, the new relationship between the two units will take everything to a new level. “We’ve worked together for years, but I’m very excited to be bringing our two groups together in an official capacity because it means that the expertise, effort, networks, and fundraising capabilities of the Wrigley Institute and their staff will be particularly focused on expanding opportunities for ENST students and helping our faculty create the most impactful educational experience possible,” Sohm says. Certain aspects of the ENST experience won’t change. There will be no immediate changes to the ENST curriculum, and the same faculty will continue to teach the program’s classes. Available majors and minors will remain the same in the near term, and ENST students will continue to follow the same processes and interact with the same staff and advisors as they navigate their degree programs. Over the coming months (and years), however, as the Wrigley Institute devotes more resources to ENST, opportunities for students will expand significantly. First, WIES’s Wrigley Marine Science Center on Catalina Island will serve as a satellite campus for Environmental Studies students. The institute has already begun to renovate and modernize the campus’s classrooms and labs to better serve ENST’s needs, and more capital projects are in the planning stages. WIES and ENST will also develop new curricular and co-curricular programming for ENST students, including more internships and experiential learning opportunities. Finally, WIES’s new interdisciplinary research centers—focused on Earth & Environmental Systems, Applied Environmental Solutions, and Social Innovation—will incorporate opportunities for both undergraduate and graduate students to participate in sustainability and environmental research at one of the country’s leading universities. These changes are all emblematic of a larger move to make USC and the Wrigley Institute the best possible home for students who want to become tomorrow’s environmental leaders. “As the director of a student-centered program, my north star is doing things that are good for our students,” Sohm says, “and I believe that joining ENST with the Wrigley Institute will be very good for our students.” 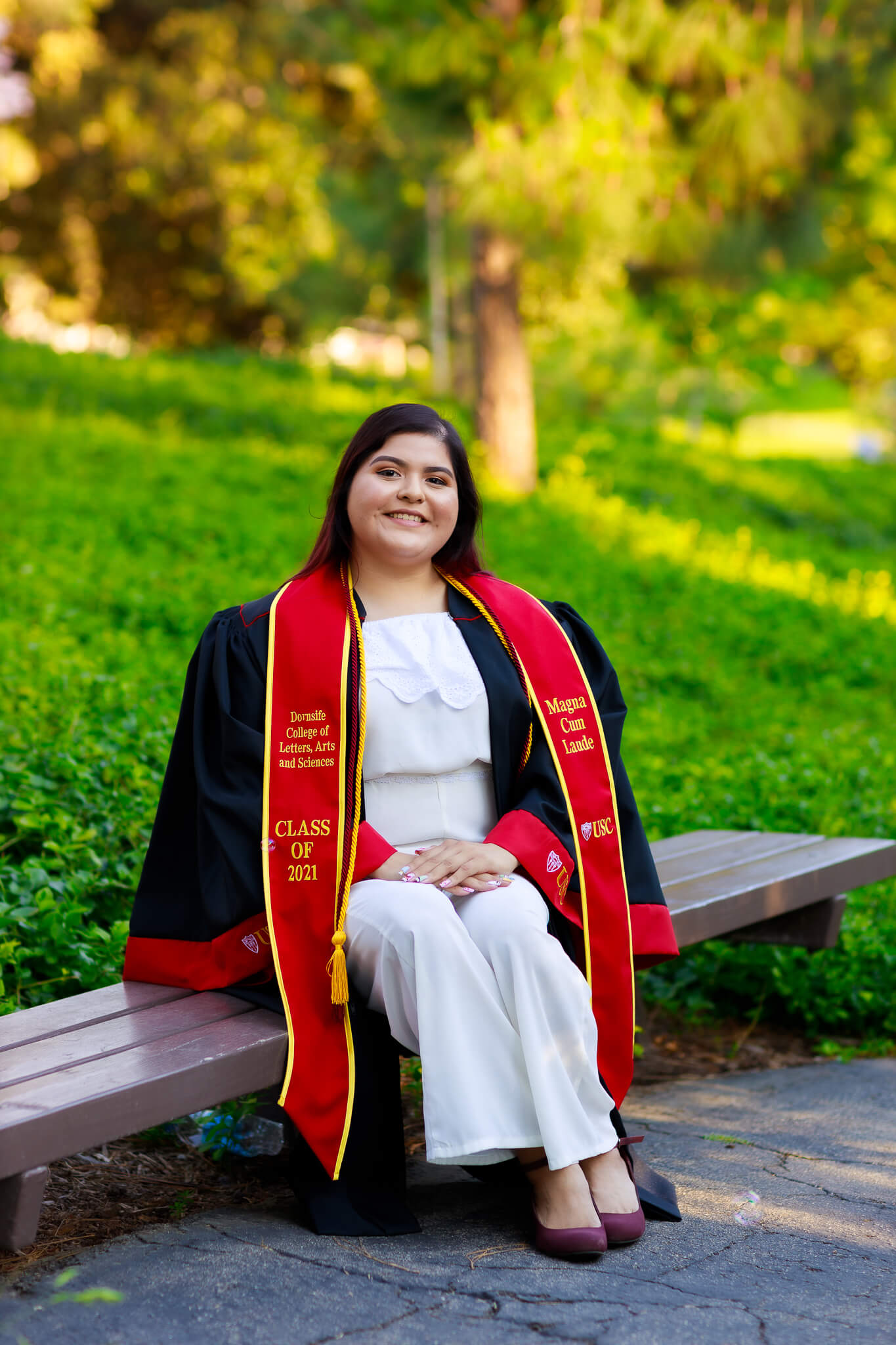 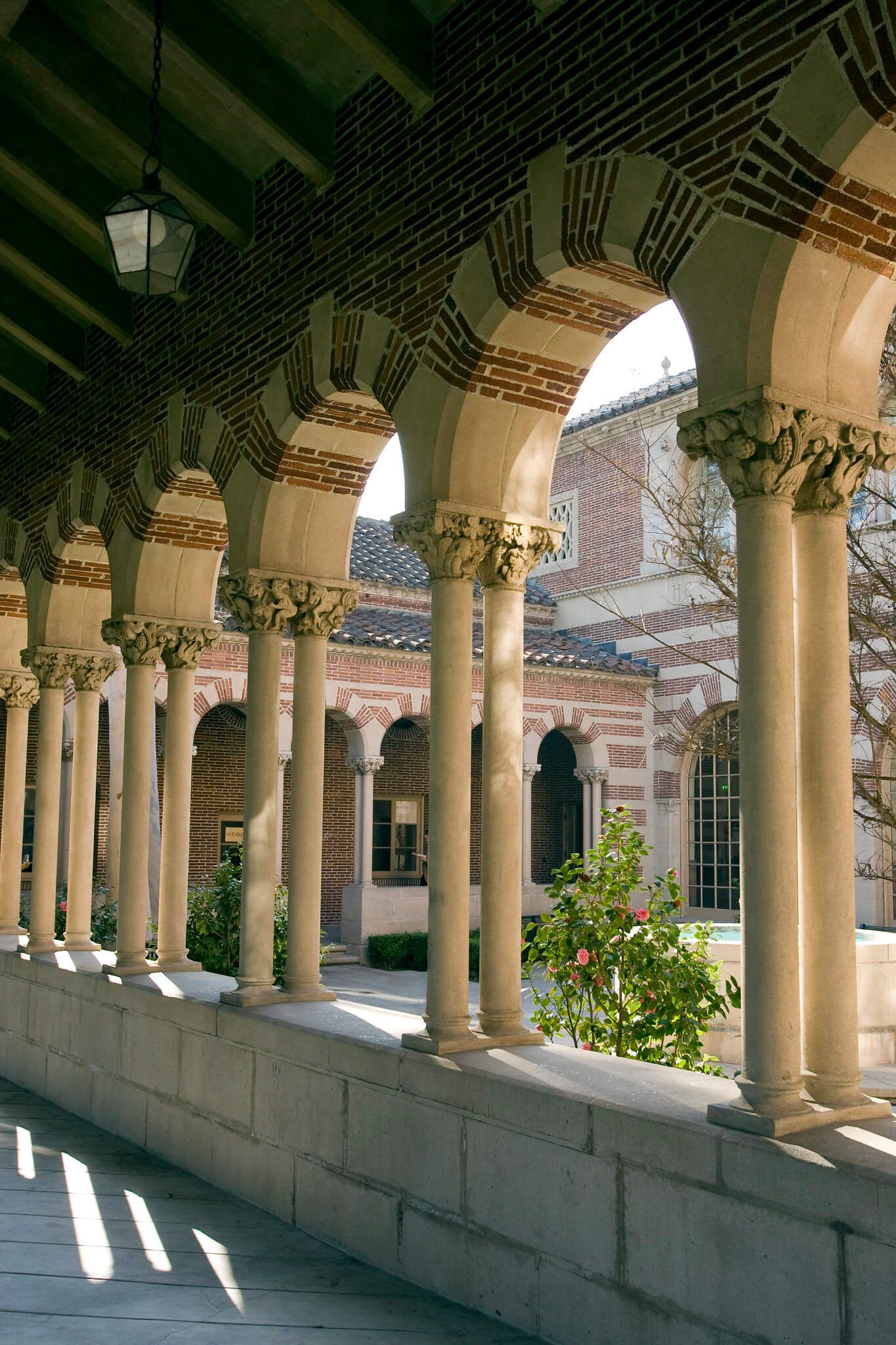 Your gift to the Wrigley Institute for Environmental Studies provides opportunities for our students and supports world-changing research for the planet.

Give to the Wrigley Institute