Hi! My name is Lauren Lutzke and I am a 5th year PhD candidate studying social psychology at USC. I am a part of the Judgement and Decision-Making lab, where we utilize psychology and other social sciences to study how people think about and make decisions related to the environment. This lab is run by Dr. Joe Árvai who is the Director of the Wrigley Institute.

My own work in this lab has partly focused on issues related to climate change communication on social media, like the spread of climate misinformation or communication between politicians on Twitter. 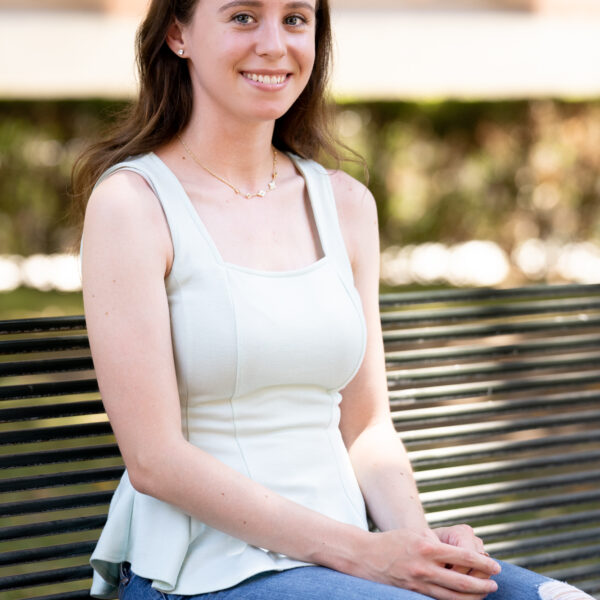 My research in this area began in 2017 with a study I conducted on misinformation about climate change on Facebook (e.g., posts that denied climate change was human-caused) and how to prevent its spread. When this research started, there were few proposed interventions to address the problem of fake news. Yet, buried deep in the Facebook help center were tips for spotting misinformation that Facebook users could seek out. So, I asked: If guidelines for assessing news online were more accessible or prevalent on the platform, would they even make a difference? Through an online survey experiment, I found that prompting participants to think critically by asking them to read four guidelines for spotting misinformation reduced participants’ intentions to trust, “like”, or “share” fake climate news presented in the form of a Facebook post. This work was published in 2019 in an academic journal called Global Environmental Change.

As a Wrigley Fellow this summer, I revisited the data collected in that study and discovered an unanticipated finding. I found that believing climate change is human-caused, did not diminish participants’ likelihood to trust, like, or share climate misinformation. Instead, those who believe in climate change were still more likely to trust, like, and share fake news if its message was congruent with their political beliefs. I am now mentoring and working with an undergraduate honors thesis student, Raina Sheldon, as we utilize this data to draft a publishable manuscript.

In my view, the main finding from this study points to just how problematic political division has become for the communication of science. However, in a separate study I worked on this summer, which was about climate policy debates on Twitter, my co-authors and I discovered more uplifting results. Here, we created hypothetical conversations between politicians where we manipulated the tone (polite versus rude) and the amount of information provided (low versus high level of detail) that was represented in their tweets. When participants in our experiment read these tweets, we found that both Democratic and Republican participants evaluated politicians and their arguments more positively when communication was civil and informative.

With a problem as vast and serious as climate change, it can sometimes be a challenge to remain engaged. However, messages of hope are often motivating to me. So, as I continue on through my academic career (I intend to continue working in research at a university when I graduate), I aim to highlight more positive findings (e.g., evidence that people favor polite political discord on Twitter) when communicating about my work. I hope that doing so will motivate others in the same way that learning about environmental progress has been motivating for me!